The All*Star Thursday Chronicles:  Where My Dang Paper Edition, Plus…

Hail and Well Met to All:

2011 has been a too busy for your intrepid reporter.  Our first official All*Star Thursday took place on April 14th when the Sheep’s Meadow opened for the season.  We had a pretty long stretch of dry weather, after (too darn) much snow during a over long winter.  That was a beautiful day, but alas I can’t seem to find my attendance list.  We did have a full house for certain, with much fun and an ample amount of frolicking to boot.

The next week was cold, extremely windy, and I had gotten about 90 minutes of interrupted sleep the night before, so I was a mess.  I tried to Jam with James and Fresh, then attempted to heave with Jaime-TJH and Ivan-TJH, but I had nothin’ in the tank.  The next two weeks were filled with work.  The April 28th was Spring Soiree for the CityKids Foundation (my gig) and the May 5th, I was in Chicago on bizness.  Sir Roger did the honors of writing about the debut of the new Yella Jersey, which I had the (dis)honor of donning the following week.  So, here we are with a double header.

Thursday, May 12th was a gorgeous day, made all the more special by the fact that it was Fearless Lou’s 40-something Birthday.  Robbie-Rob, The Reliable One, Roger, Young Daniel, Young James, The Oracle, Tony (the Newlywed), Quinn-O , TedShred and the Lovely Chrissy, Jestin Heaver, Ben Heaver, Jaime-TJH and Barb, Ivan-TJH, The Ageless Trevor Brown, and JB rounded out the regulars.  We also had all to rare Claire Heaver and Scott Halpern sightings.  Making the day even more interesting, Alan C. graced us with his presence.  He got the itch to Jam up in Boston, and the only way he could properly scratch it, was to get in his car and drive to our Green Beach.  The Tribe is deeply humbled that All*Star Thursdays have this type of effect on people.  We are truly Blessed.

I wore a yellow shirt to start my first Jam since I had been Double Yella, but as soon as TedShred arrived, he bestowed upon me, that NEW Yella Jersey.  This one is large enough to fit, and has been skillfully decorated so each week’s recipient can make their mark.  This includes our Seattle-based Sister-in-Flight, Emma, who inscribed “Big Dog Inside” beside her name because that’s what she’s got in there.  She has turned into one of my favorite Jammers as she just keeps push, push, pushing herself to greater heights.  Young Daniel took home The Gamboa because he and The Oracle had an early Jam so hot, that not one dared to bust it.  And then, he kept playing at this supremely high level even when other folks joined in.  Bravissimo!!!! 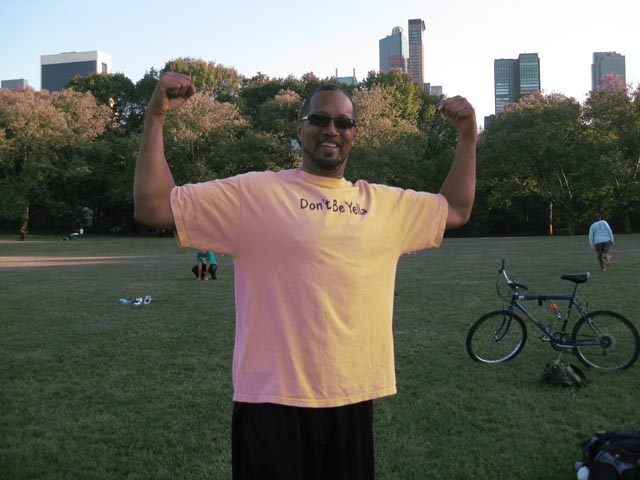 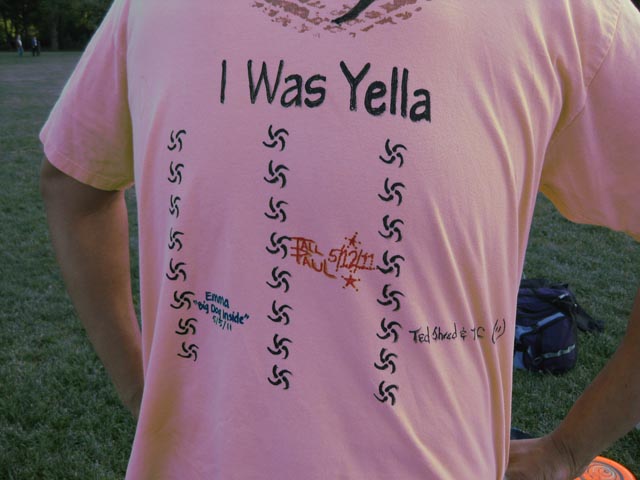