The All*Star Thursday Chronicles: There’s No Place Like Home Edition (4/12/12)

The weather played trick on us all winter. 72 degrees in March and then?  Friggin’ cold was in order. On the other hand, we had returned to our Green Beach. Personally, I was thrilled to be on grass instead of the hard concrete. My back had been unhappy for weeks and the additional cushion of the natural turf made a huge difference. Ivan-TJH brought out the Gamboa which he earned on the last day of the 2011 season. Cavassa-Heaver, Bradford T., JB, The Ageless Trevor Brown, Roger, The Oracle, Emma, Capt. Mike, (not so) Young Daniel, and Chuck were all on hand to celebrate the day. 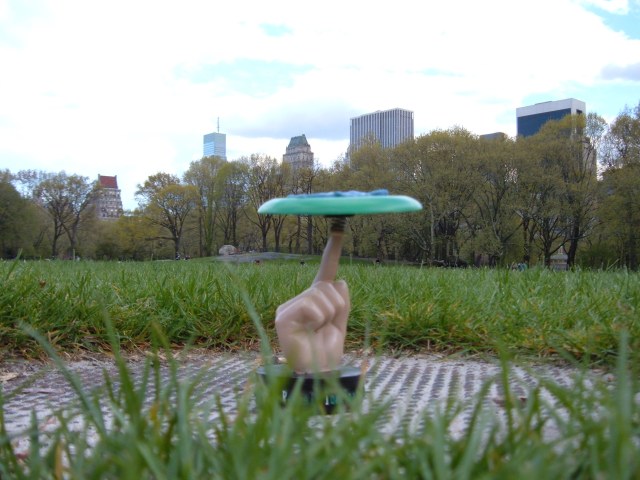 The Gamboa at Rest

Ivan-TJH and I started the 2012 A*T Season as we were supposed to, by throwing strikes at distance. Ivan is a southpaw, so his (very mighty) backhand comes in counter with at plenty o’ Z’s every time. This is fun because I get to Jam while Heaving and can return the favor with either spin and he is just as happy. Ivan is one of the most gifted athletes I have ever met and he will often throw in a screamin’ Gitis mid-Heave out of sheer exuberance. Ah, youth….

Brad and Chuck, Trevor and Emma, and Joey and Roger were all paired off when Ivan and I had broken our first sweat. I sent him off to get some o’ dat Oracular Reliability while I joined Trevor and Emma. Sir Chuck has made steady improvements in his game over the course of the winter, and he is known to throw in Gitis with either hand when you least expect it. Bradford T. not only has all the moves, but his throws, particular his behind-the-back backhand and around the neck overhand really sizzle. 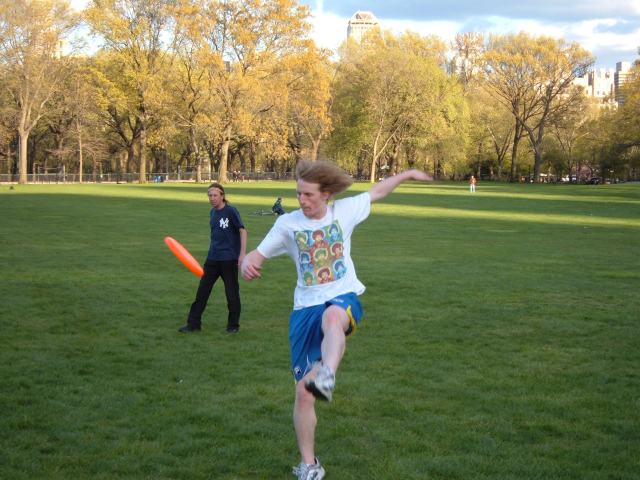 The combination of Roger, Joey, Daniel, and Ivan was really great. Roger was gutting it out on a bad wheel that ultimately turned out to be a fractured tibia. Joey has continued to play at a ridiculous level. He just sees things differently than the rest of us and then makes magic. Adding Ivan’s boundless energy and enthusiasm was catalytic. There was one sequence where they hit an O’Malley, that Ivan sealed with a Gitis, Joey matched that Gitis with one of his own on his next Hein combo, Daniel hit an Instant Gitis off of a kick brush, and Roger finished up with a spinning Triple Fake. The bids for the Gamboa were coming in hot and heavy

My Jam with Trevor and Emma was excellent, and when Chuck sat down, Brad joined us. Emma was just killing it. Not only was she hitting a wide variety of high-diff moves, she was preparing for an Ultimate tournament and was hustling all over the field make sure that disc did not touch the ground. Over the course of the Jam she dove full-extension to make catches four separate times. Now that may not necessarily earn points from the judges, but the Committee of between 2 and 69 preparing to award the Gamboa certainly took note.

As the evening drew to a close, it was clear that The Oracle was once again closing in on the PK donated prize with the Freshian appellation. Then with a burst of energy, our Ms. Emma hit s spinning Scarecrow, dove for one more errant disc, and then Gitised out. That put her over the top by a whisker and she carried the Freestyle Frisbee Finger of Fate proudly. 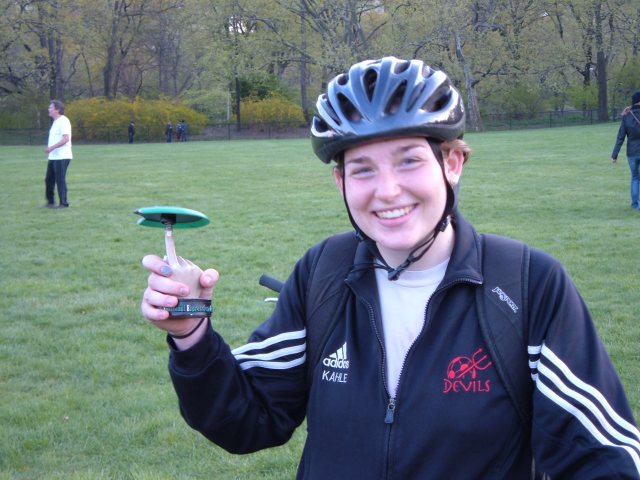 A good time was had by all, and that my friends, is what matters most.

1 Response to The All*Star Thursday Chronicles: There’s No Place Like Home Edition (4/12/12)