The All Star Thursday Chronicles: The Snidely WhipLASH Edition

Hail and well met to our Brethren and Sistren,

The rhythms of life have caused me to stray from the creative aspects of the computer keyboard. I am drawn back because my passion for sharing tales of plastic performances never abates.

Waaaaay back on May 9, 2013, the All*Star Thursday Guest Jammer Initiative welcomed Mr. Tom Lasher, Man-Crush of our own Doug E. Fresh and yet another Jammer Extraordinaire. The weather did not really cooperate in that it had rained and we were relegated to the Bandshell. This was not really so bad because we always have great Jams over there. On hand were JB, Jaime-TJH, Fresh, James the Fully Bright, TedShred and TLC, and The Reliable Roger. There was a bunch of Yella-gible folks, but we who were there were in for a treat.

Around the back smoothly

First let me say that Sir Thomas of Lasherhood had made one appearance at an A*T. That was the now Legendary Longest Jam of the Year when Mr. Dave Murphy came to NYC to roll around on our Green Beach. That was an incredible moment in time, but this was a day to create new indelible memories. 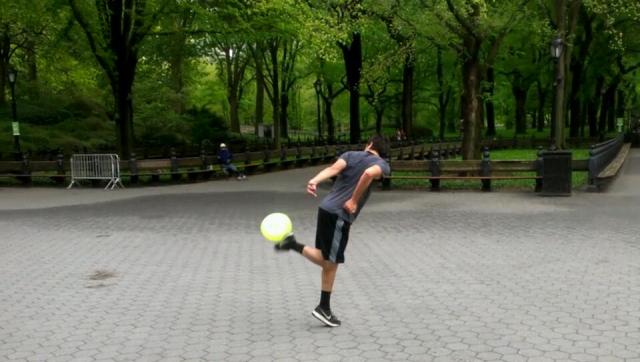 The Cleanest of Kicks!!!!

On this day, it was not a particular move, combo, or Jam that stuck in my mind. It was the words of TedShred. He said “Man, Lash just fit right in. He plays the New York passing game as if he were here all year long.” This was a true blessing since we are lucky enough to focus on Most Fun Wins during All*Star Thursdays. My personal observation was that Tom had incredible Flow and such a deft touch that I was just amazed. 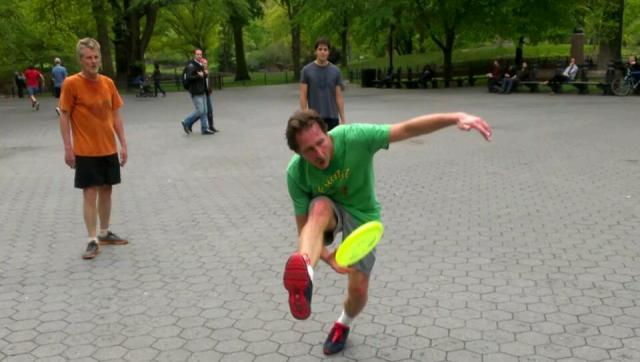 Sealed with a Bip!

I shot some video of Lash Jammin’ with TedShred and James Fully Bright and as I reviewed it some six weeks later, it is just thrilling to see how they worked together. Naturally, there were plenty of drops as soon as the camera was turned on but for me, that’s fine. The sport we have chosen to embrace is hard to do and the drops make the seals that much sweeter. This combination was really fun because of Lash’s endless Flow, James’ focused intensity, and TedShred, well, being TedShred. There were a few sequences that were special because they went for some really obscure s***, even if it didn’t stand a chance and I LOVE that part of our art form. Ya’ gotta go for it to make the play. But there was more!

The next day I got me some solo Lash at the Meadow before he went off to do an All*Star turn for James and the Spread the Jam Project, then there was the required Jam down at Washington Square Park on Saturday. The Oracle came out to share some of his winsome wisdom, along with Sir Charles, Roger, Fresh, Bradford T. and myself.

This was notable for the smoking hot performances on the hard concrete and for the AMAZING thunderstorm that blew in. It started with lightning off to the west, then thunder. Then the rain cam in so fast and hard that we could hear it hitting the trees and then see a wall of water coming right at us. I had my umbrella (ella, ella, ay, ay) in my hand and by the time I got it open, I was already drenched.  A good way to finish out a Jam to be sure.  Miss you Tom, and sorry I took so long to share the love, my friend.

1 Response to The All Star Thursday Chronicles: The Snidely WhipLASH Edition